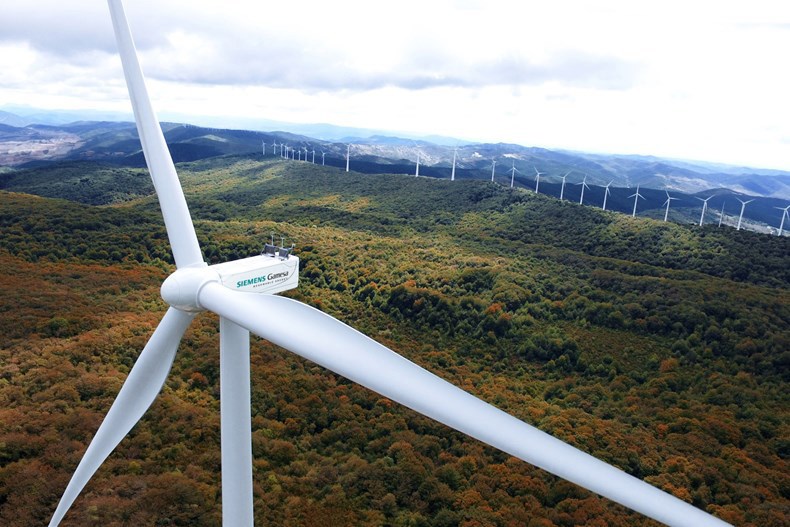 SSE Renewables has completed the transaction with Siemens Gamesa Renewable Energy (SGRE) to acquire its existing European renewable energy development platform for a consideration of €580m1.

The SGRE portfolio includes c.3.8GW of onshore wind development projects – around half of which is located in Spain with the remainder across France, Italy and Greece – with scope for up to 1.4GW of additional co-located solar development opportunities. Development of the portfolio of projects has continued to progress since the acquisition was announced in April, with additional opportunities identified and permits and grid connections advancing. Over 2GW of the total pipeline is considered to be at a secured stage, where a grid connection or land agreement has been secured or relevant permits granted.

SSE Renewables will also take on a team of around 50 employees with vast experience in the sector and is recruiting for a further 20 positions in the region in the coming months.

The acquisition marks entry by SSE Renewables into Southern Europe, building on its successful renewables business in the UK and Ireland where it owns and operates 4GW of renewable assets, including nearly 2GW of onshore wind, with a secured pipeline of over 11GW across onshore wind, offshore wind and hydro projects.

The transaction has closed ahead of schedule with all regulatory approvals obtained.

The transaction will bring together the existing SGRE management team’s significant development experience across continental Europe and SSE’s expertise in constructing and operating major renewables projects, alongside its balance sheet strength.

With many of the projects in the SGRE portfolio at an early stage of development, the existing SGRE teams will be an integral part of progressing the projects and supporting SSE’s long term growth strategy in Europe.

The four countries in which the SGRE portfolio of development assets are located have strong growth prospects, underpinned by 2030 renewables or carbon reduction targets and attractive remuneration schemes. The platform, alongside the experienced development teams, will provide an excellent base for continued sourcing of development opportunities across onshore and offshore wind, solar, batteries and hydrogen, all of which are core to SSE’s growth strategy. It also presents opportunities to enter wider European markets in the future.

"We are delighted to have closed this transaction ahead of schedule and really excited to welcome new colleagues to the SSE Renewables business. There is a fantastic local team in place who will help us build a long-term presence in Southern Europe developing, building and operating onshore wind, solar and storage infrastructure. We look forward to continuing to work with communities and stakeholders across the region to deliver the energy transition”

The addition of the SGRE platform is highly complementary to SSE’s strategic objectives and is consistent with the SSE Group’s Net Zero Acceleration Programme (NZAP), which outlined fully funded £12.5bn capital investment plans to 2026 alongside ambitious 2031 targets, aligned with 1.5 degree science based targets.

SSE Renewables continues to target around 500MW of renewable projects from the SGRE portfolio operational by March 2026, with a further at least 500MW in construction. This will contribute to the NZAP targets of: