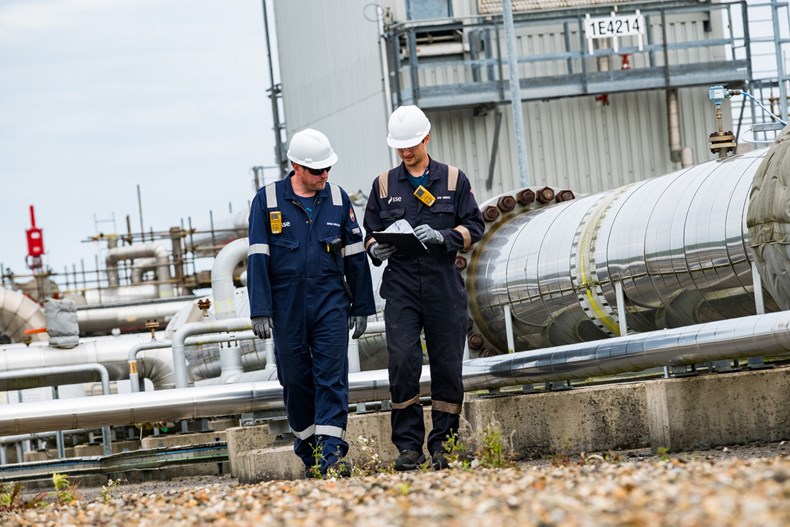 Much has been said about hydrogen in recent months, but the publication of the UK Hydrogen Strategy leaves us in no doubt that it is a crucial tool for the UK energy system as it decarbonises.

The IPCC’s sobering report couldn’t be clearer that without immediate, rapid and large-scale reductions in greenhouse gas emissions, it will be impossible to limit global warming to 1.5°C. While renewables must be the central plank of net zero, we know that we must also find innovative low-carbon solutions for when the wind doesn’t blow, and the sun doesn’t shine.

We also need to find ways to take the carbon emissions out of more challenging sectors like heavy industry, transport and domestic heating.

Too often, the debate on how to decarbonise is dumbed down to a choice between electrification and hydrogen. The reality is clearly that we will need both.

Clean electricity will be a powerful weapon in the battle to take the carbon emissions out of our economy. From electric vehicles to heat pumps, it can replace our current dependency on harmful fossil fuel consumption.

"But it’s not a silver bullet and hydrogen will have a huge role to play."

We will need reliable sources of power generation to balance the variability of renewables. Carbon capture and storage (CCS) on more conventional gas-fired power stations is a big part of the answer but hydrogen can help too. We are developing, with Equinor, plans for a new Keadby Hydrogen project, near Scunthorpe, which we believe could be the world's first major 100% hydrogen-fuelled power station.

Equally there are limitations to what electricity can do for heavy industrial processes or very large vehicles – and hydrogen could be the answer there. So we need to develop the ability to produce and store hydrogen in large enough quantities to meet this future demand. We’re also partnering with Equinor to develop plans for world-leading hydrogen storage facility in Aldbrough, East Yorkshire.

How we make the hydrogen is a key question. ‘Blue’ hydrogen involves deriving hydrogen from natural gas, with the emissions from that process being captured through CCS, while ‘green’ hydrogen is produced through electrolysis where an electric current (ideally from renewable sources as we are pioneering with Siemens Gamesa at some of our wind farms) is used to split water into hydrogen and oxygen.

There has already been a lot of noise around the Government’s decision to opt for a ‘twin-track’ approach employing both blue and green hydrogen. But it’s an approach we fully support. With no established hydrogen market in the UK, if we’re serious about reaching net zero then we need to act fast to get the infrastructure, projects, and support in place to tackle hard-to-abate sectors. Significantly, the Committee on Climate Change estimates that compared to fossil fuels, blue hydrogen can potentially save up to 85% of emissions.
As well as playing a role in decarbonising our economy, new hydrogen projects can create and, just as importantly, safeguard a whole host of direct and indirect employment opportunities in the North of England and this is levelling up in action.

A wide range of technologies and expertise will be required to meet the mammoth task of reaching net zero and today we’re a step further forward with clarity on what the UK’s hydrogen economy will look like.

Hydrogen is an important piece of the net zero puzzle and we must use it to decarbonise vital power generation, as well as heavy industry, heat, transport, and other hard-to-abate sectors, while simultaneously safeguarding and creating crucial jobs and investment across the UK.