Access to electric vehicle charge points should be ‘universal’ 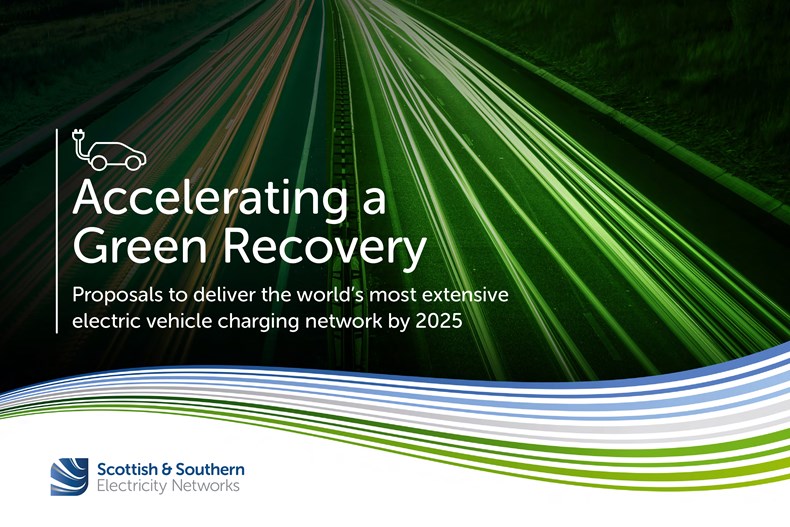 SSE’s networks business Scottish and Southern Electricity Networks (SSEN) has called on Government to work with industry to develop the world’s most extensive electric vehicle (EV) charging network by 2025.

The business believes the universal provision of EV charging infrastructure will accelerate a green recovery and empower individuals to make the switch to EVs. And it is one of the 10 proposals SSEN revealed in its Accelerating a Green Recovery plan.

SSEN believes universal provision can be secured through electricity networks working with local authorities on “area-wide tenders”, which would support a cost-effective transition to EV charging for communities without access to off-street parking and in locations where businesses are reliant on footfall, like town centres and seasonal tourist areas.

In England, 81% of owner occupier households have access to off-street parking and will be able to access low cost EV charging with time of use tariffs at home, but this only includes 50% of the private-rented sector and just 25% of local authority housing.

SSEN Distribution says the UK Government should replicate the Dutch model to accelerate the provision of EV charging infrastructure in a fair and cost-effective way. 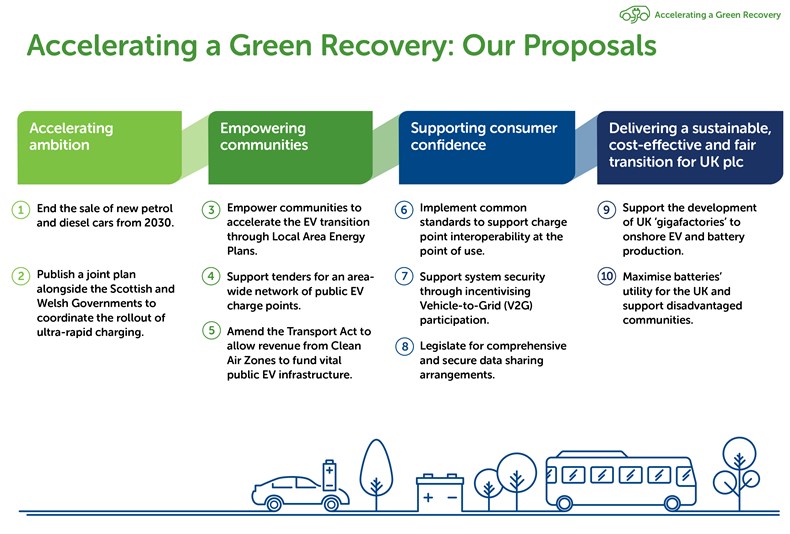 “Local authorities should be empowered on this journey. We want to unlock and enable the communities we serve to realise their net zero ambitions. Local Area Energy Plans, will allow targeted investment, avoiding unnecessary cost and disruption in the transition to net zero.

“Universal access to EV charge points is critical to a fair transition. With the right policies the UK could have the world’s most extensive EV charging network by 2025, and ensure no one is left behind.”

Analysis for the Committee on Climate Change found strategically planning and investing in the UK’s electricity networks could avoid £34bn of unnecessary expenditure between now and 2035. After significant reductions in electricity emissions over the last decade, transport is now the biggest single emitter of carbon and it is estimated that an 11,000% increase in EVs will be needed in SSEN’s central southern England and north of Scotland regions alone to meet net zero targets.

Other proposals in the Accelerating a Green Recovery plan include bringing forward the ban on the sale of new diesel and petrol cars, allowing revenue from Clean Air Zones to go toward EV infrastructure and giving communities greater say in their energy future.

Standardisation of charging, allowing any EVs to be plugged into any charge point and no multiple of fiddly accounts, cards or apps being needed is also key to get more people out of petrol and diesel cars and into EVs.

Incentives to make the switch and enable cars and vans to be used as “batteries” could also support flexible national and local electricity grids and help keep costs down, whilst encouraging the development of UK “gigafactories” to build the batteries needed for transport decarbonisation could create an army of green jobs and ensure the UK creates and retains a global competitive edge in the EV supply chain.

SSE has already outlined £7.5bn worth of investment to 2025 to help spur a green economy recovery from coronavirus, investing in low carbon projects and creating and supporting over 100,000 jobs across the UK. It operates the seventh largest private vehicle fleet in the UK, and the largest in Scotland and has pledged to switch 3,500 of its vehicles to electric by 2030.

SSEN’s Accelerating a Green Recovery EV plan is available to view at www.ssen.co.uk/EV