Testing the waters at Greater Gabbard 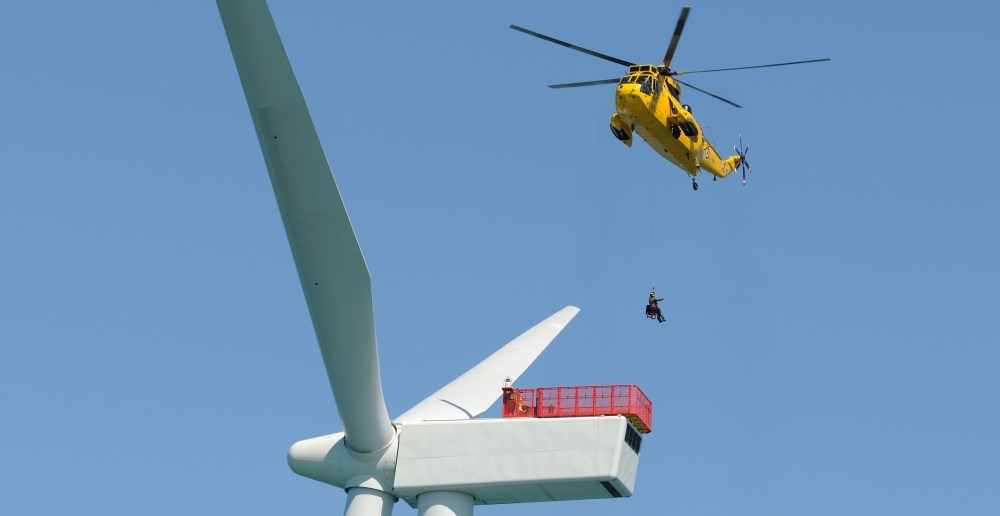 Situated more than 12 miles off the coast of Suffolk, in depths of up to 34 metres, Greater Gabbard wind farm is the furthest from shore and in the deepest water of any commercial UK offshore wind asset.

Now the ability of SSE and agencies to respond to serious safety incidents in this environment has been put to the test in the offshore wind farm'sfirst simulated emergency exercise.

SSE joined forces with Siemens, Windcat Workboats, the RAF and the Marine Coastguard Agency to test the emergency response of the operational team and support agencies during a simulation of a serious incident.

Exercise Hendon was based on the scenario of two teams working on a turbine, one in the nacelle (the top) and the other in the transition piece (the base) and involved a simulation of serious injury leading to emergency evacuation.

The exercise, which involved over 60 people, was organised by SSE’s Safety Officer Brian Scott, who said: “Over the past seven years we have been training staff in the new emergency management system. This involved carrying out multi-agency emergency exercises across all of our generation sites on an annual basis to ensure an effective response would be made should a real incident occur.

"In order to get the most out of the exercise, we try and get as many real players involved as possible. This exercise was different to others we carry out because in addition to the local emergency services - police, ambulance and fire service - we were also working with the RAF and the Marine Coastguard Agency.

"This is the first time we have undertaken such an exercise at Greater Gabbard and we were able to exercise every possible type of rescue either by vessel or by RAF search and rescue helicopter. Achieving this has given those who work offshore comfort that systems are in place should a real incident occur.” said Brian.

Greater Gabbard which was officially opened by Michael Fallon MP, Energy Minister, at the beginning of August is a 50-50 joint venture partnership between SSE and RWE Innogy. The 140 turbines are fully operational and capable of generating enough clean renewable energy to power 530,000 homes each year. 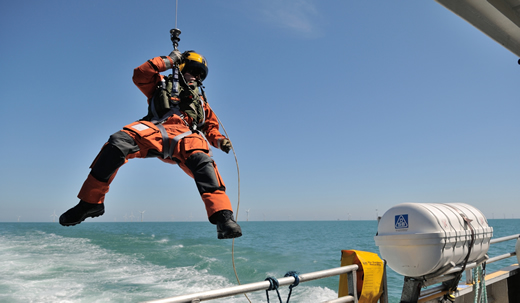