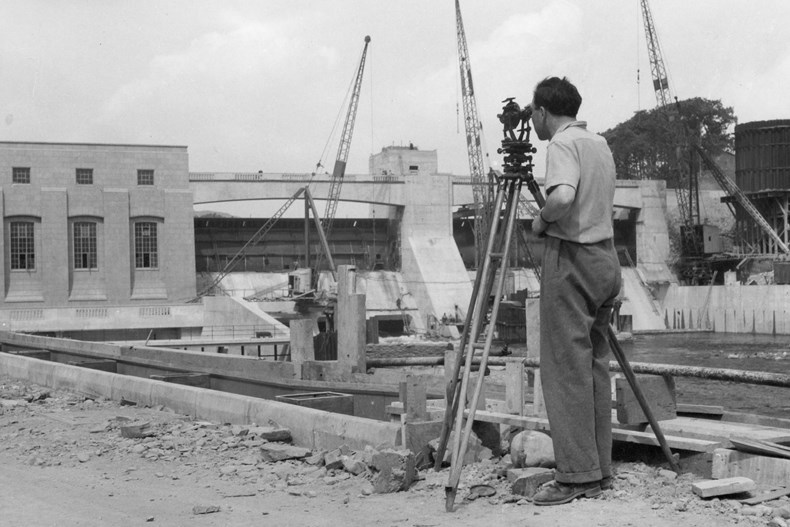 SSE can trace its heritage back almost 80 years to the advent of electricity generation in the north of Scotland.

The North of Scotland Hydro-Electric Board was formed with the Hydro Electric Development Act in 1943, delivering electricity to the Highlands for the first time. Scores of hydro dams and power stations were built across the uniquely positioned but challenging terrain - dramatically improving lives across the region.

It was no easy feat, with works at St Fillans setting a world tunnelling record in 1955, grinding their way through 557ft of rock in just one week. By the mid 1960's, Scotland could boast of 56 dams connected by over 600km of rock tunnel, aqueducts and pipelines.

In the south, the former Southern Electricity Board was created in 1948 to distribute and supply electricity in southern England.

SSE plc has its origins in these two public sector electricity supply authorities, with both organisations privatised in the early 1990s with the deregulation of energy. They merged in 1998, creating one of the largest energy businesses in Great Britain with millions of domestic energy customers alongside operating the electricity networks across both regions.

In 2008, SSE acquired Airtricity, an Irish wind farm business, doubling renewables capacity to become the largest operator in the UK and Ireland.

Today we remain the UK’s largest generator of renewable energy, in keeping with our predecessors historic aim to provide safe and reliable electricity for all.

In 2020 we sold our GB electricity supply business to Ovo Energy, to focus on our core businesses of electricity networks and renewables, with complementary interests supporting the transition to a net zero world.