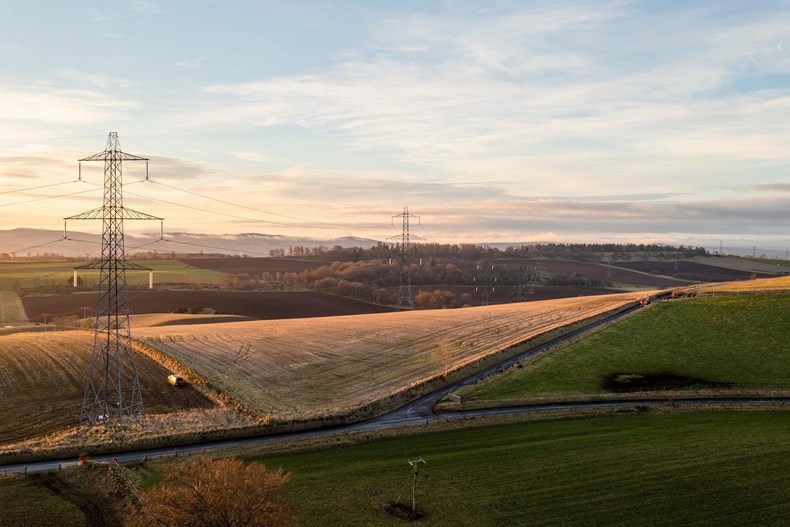 We know it is renewable energy which will reduce our reliance on volatile gas imports and protect consumers by producing more homegrown energy on these shores.

Ambitious government targets back this.

But there is a risk to our ability to realise these benefits. Put simply, there is no point building the onshore and offshore generation assets if we can’t plug them in.

Delivering greater energy security with a network fit for net-zero

In order to accommodate the new electricity generation assets we need to bring forward and accelerate urgent investment in the electricity transmission system to link them up with homes and businesses across the UK.

The motorways of the electricity networks will be critical in transporting new wind and low-carbon energy longer distances to population centres where it is needed.

To enable the forecast growth in renewables across the UK, our electricity transmission and distribution businesses, which serve millions of people across the north of Scotland and central southern England, are progressing the delivery of billions of pounds investment in the system, to make supplies more robust and resilient on the road to net zero.

The energy system is undergoing its biggest change in decades, we’re investing billions into the network infrastructure required to meet a doubling of demand to deliver net zero.

Connecting up the UK

Renewable generation is set for huge growth across the north of Scotland, with developers from across the globe progressing projects of their own alongside our own.

That’s why we’re leading on the development of two subsea high-voltage direct current (HVDC) links from Peterhead to England, a second HVDC link from Spittal in Caithness, connecting to Peterhead and a series of onshore reinforcements to the north of Inverness and between Inverness and Peterhead, as well as the historic Shetland link, which will see the islands connected to the GB energy system for the first time ever, securing supply and providing a route for the island's bountiful wind energy.

Taken in isolation, these mammoth projects which will transport the huge renewable resource being harnessed by assets in the North Sea and across the windswept Highlands to population centres of demand in the south, are huge infrastructure projects.

But when you consider them in terms of the renewables developments they’ll connect – Scotland’s largest offshore wind farm in Seagreen, off the coast of Angus, Europe’s most productive onshore wind farm in Viking on the Shetland Islands, the mega Berwick Bank project off the east coast and the trailblazing ScotWind projects – they present an unrivalled economic opportunity.

The way we interact with the electricity system is also changing. Nearly 16 million EVs are expected to be on the UK’s roads by 2030, hundreds of thousands more charge points must be rolled out, whilst heat-pumps and battery technology will also be fundamental to decarbonisation.

That’s why our distribution business is investing millions across our patches in central southern England and the North of Scotland.

We’re not only ensuring safe, secure and reliable power supplies but increasing capacity to help local communities on the road to net zero as new low carbon technologies are installed in homes and businesses.

More than cables and wires

Together our developments will support thousands of skilled jobs in the development and construction phases and create a real opportunity for governments and industry to work together to encourage inward investment in UK supply chain, manufacturing and skills development.

SSE is responding the energy crisis and to calls to invest in the UK and Ireland by spending more than we earn. With a potential £24bn of investment over in the UK alone in the coming decade, delivery of more offshore wind than anyone on the planet, and of course, in innovation like CCS and hydrogen.

If the UK is to achieve our homegrown energy ambitions, then it is absolutely clear that we’re going to have to go further and faster when investing in our electricity networks. At SSE we’re already stepping up to the challenge.