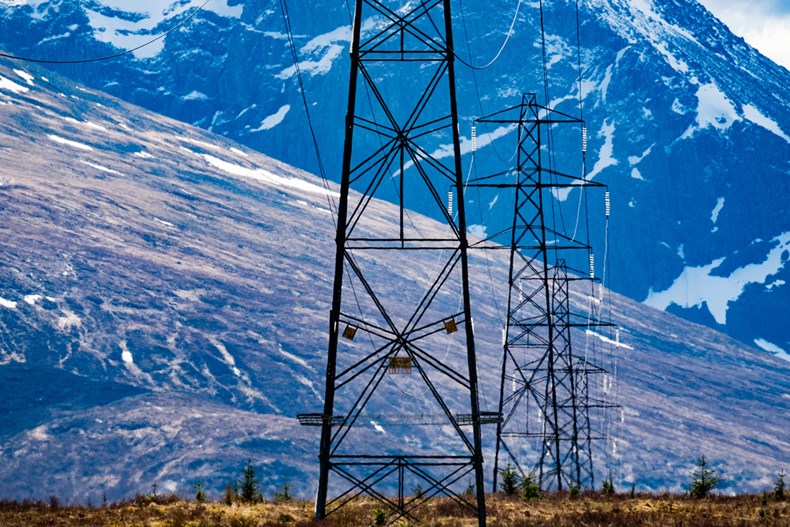 SSE has reached agreement to sell a 25% minority stake in its electricity transmission network business, SSEN Transmission - to Ontario Teachers’ Pension Plan Board (Ontario Teachers’) in a transaction that will help unlock significant growth in both the Transmission business and across the wider SSE Group.

The transaction follows SSE’s announcement on 17 November 2021 of its intention to extend the partnering approach that has been successful in SSE Renewables to its core electricity distribution and transmission network assets through the sale of minority stakes in both businesses as part of SSE’s fully funded Net Zero Acceleration Programme (NZAP). The stake sale process for SSE’s electricity distribution business is expected to commence in early 2023.

This successful transaction reflects both the current value and significant growth potential of SSEN Transmission as one of Europe’s fastest growing transmission networks.  SSE continues to believe SSEN Transmission has a central role to play in meeting net zero and bolstering the UK’s energy security by unlocking the vast renewable resources in the north of Scotland and transporting that homegrown low carbon power to demand centres further south.

SSEN Transmission’s RIIO-T2 baseline investment case of circa £2.6bn (the ‘Certain View’), together with further investments expected to be unlocked through Ofgem’s Uncertainty Mechanisms, is forecast to deliver gross RAV of £6.5-£7.0bn by 2026.  Longer term, subject to projects progressing through planning and regulation, SSE expects SSEN Transmission’s gross RAV to exceed £12bn by 2031.  This growth is expected to be supported by the publication of Ofgem’s Accelerated Strategic Transmission Investment framework later this year and the Electricity System Operator’s Holistic Network Design Follow Up Exercise which is expected to be published in spring next year.

The proceeds released through this stake sale will support the significant growth SSE continues to see in SSEN Transmission and further growth opportunities across SSE’s other core businesses, while ensuring an attractive balance of capital allocation across the Group.

SSE’s NZAP creates the platform that could see the Group deliver around 20% of the offshore wind generation and electricity networks needed in the UK by 2030, alongside investments in flexible generation technology and the export of SSE’s renewable energy capabilities internationally. In Great Britain alone, SSE’s investment could exceed £24bn this decade, directly alleviating the UK’s energy crisis.

The sale of a minority stake will allow SSE as the majority shareholder to retain control in relation to operating and managing the business, with Ontario Teachers’ to be proportionately represented on SSEN Transmission’s Board of Directors.  SSE’s Finance Director Gregor Alexander will be Chair of this new Board and Rob McDonald will continue in his role as Managing Director for SSEN Transmission, along with other key members of SSEN Transmission’s Leadership Team.

To help cover the future long term funding requirements and the working capital of SSEN Transmission, and as referenced in SSE’s 2022/23 Interim Results, a new £750m revolving credit facility has been put in place.  This facility will support SSEN Transmission’s ongoing capital expenditure investment programme that is required to deliver its ambitious growth plans.

"We are delighted to agree a transaction that will help unlock the full potential of our growing electricity transmission business, which remains core to our strategic direction as a clean energy champion specialising in electricity infrastructure."

Gregor continued: “As we set out in our Net Zero Acceleration Programme last year, due to the scale of potential growth and the associated investment required across SSE’s businesses, including in electricity networks, bringing in minority partners will balance capital allocation and support further growth, creating greater long-term value for all our stakeholders.

“In Ontario Teachers’ we have a strong long-term partner who we have worked with successfully over the past 18 years and, whilst we will retain operational control, they will be critical to SSEN Transmission’s ongoing future success.”

Rob McDonald, Managing Director of SSEN Transmission, said:
“With the north of Scotland home to the UK’s greatest resources of renewable electricity we have a critical role to play in helping deliver the UK and Scottish Governments net zero commitments.  Our investments will also be key to securing the UK’s future energy independence through enabling the deployment of homegrown, affordable, low carbon power.

“With significant growth forecast in transmission, bringing in Ontario Teachers’ as a minority stake partner will help fund our ambitious investment plans as we continue to deliver a network for net zero emissions across the north of Scotland.”

Charles Thomazi, Head of EMEA Infrastructure & Natural Resources at Ontario Teachers’, said:
“SSEN Transmission is one of Europe’s fastest growing transmission networks. Its network stretches across some of the most challenging terrain in Scotland – from the North Sea and across the Highlands – to deliver safe, reliable, renewable energy to demand centres across the UK.

“We’re delighted to partner again with SSE and are committed to supporting the growth of its network and the vital role it plays in the UK’s green energy revolution.”

Further Transaction Details
In the 12 months to 31 March 2022, SSEN Transmission made an adjusted operating profit of £380.9m, with reported pre-tax profit of £329.8m. At 30 September 2022, SSEN Transmission had gross assets of £4,716.1m and net assets of £2,242.8m.
The Transaction constitutes a class 2 transaction for the purposes of the UK Financial Conduct Authority's Listing Rules and, as such, does not require SSE shareholders' approval.

About Ontario Teachers’
Ontario Teachers' Pension Plan Board (Ontario Teachers') is a global investor with net assets of $242.5 billion as at June 30, 2022. We invest in more than 50 countries in a broad array of assets including public and private equities, fixed income, credit, commodities, natural resources, infrastructure, real estate and venture growth to deliver retirement income for 333,000 working members and pensioners.

With offices in Hong Kong, London, Mumbai, San Francisco, Singapore and Toronto, our more than 400 investment professionals bring deep expertise in industries ranging from agriculture to artificial intelligence. We are a fully funded defined benefit pension plan and have earned an annual total-fund net return of 9.6% since the plan’s founding in 1990. At Ontario Teachers’, we don’t just invest to make a return, we invest to shape a better future for the teachers we serve, the businesses we back, and the world we live in. For more information, visit otpp.com and follow us on Twitter @OtppInfo.