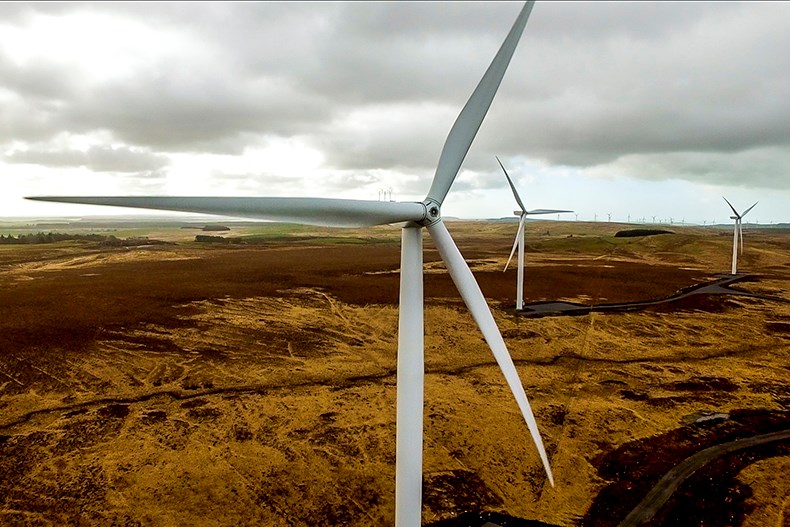 SSE Renewables has today announced it is further expanding its onshore wind development pipeline through the acquisition of a 12-turbine, 49.9MW consented wind farm project in Scotland’s Highlands.

The company has reached agreement with RES1 to acquire the Aberarder wind farm project in Strathnairn near Inverness, Scotland. The project, which was granted planning consent in 2017, is directly adjacent to the operational 94MW Dunmaglass Wind Farm, which is jointly owned by SSE Renewables and Greencoat Renewables.

The consented project allows for the construction of a 12-turbine onshore wind farm with each turbine having a maximum tip height of up to 130m. The wind farm project is expected to have an installed capacity of 49.9MW.

SSE Renewables could begin construction of the wind farm in April 2023 with completion by November 2024, subject to a positive final investment decision.

"SSE Renewables has an incredibly strong onshore operating portfolio of nearly 2GW, of which 1.2GW is in Scotland. We’re also currently building what will be the UK’s most powerful onshore wind farm, the 443MW Viking project in Shetland."

“Now, with the addition of the Aberarder Wind Farm project to our portfolio, we have strengthened our secured development pipeline of UK onshore wind projects to [just over 1GW]. The project also represents a strong strategic fit for our operational onshore wind portfolio given its location next to our Dunmaglass Wind Farm.

“We have huge ambitions to accelerate deployment of homegrown electricity infrastructure to help strengthen the UK’s energy security, and Aberarder gives us another opportunity to do so. However, the extent to which we can deliver on these aims will depend on there being a continuing supportive policy environment. It’s therefore important that in implementing its planned revenue cap on generators, government gets the balance right between preventing excessive profits and retaining the attractiveness of the UK as a place to invest in order to keep the cost of capital down.”

The delivery of the Aberarder wind farm project could contribute to SSE’s Net Zero Acceleration Plan (NZAP), which will see SSE invest around £7m a day and support 1000 jobs a year in the critical low-carbon infrastructure needed to meet the net zero transition. SSE Renewables is at the heart of SSE’s NZAP strategy with a target to double its installed renewable energy capacity by 2026 and more than treble it by 2031, increasing output fivefold to over 50TWh annually.