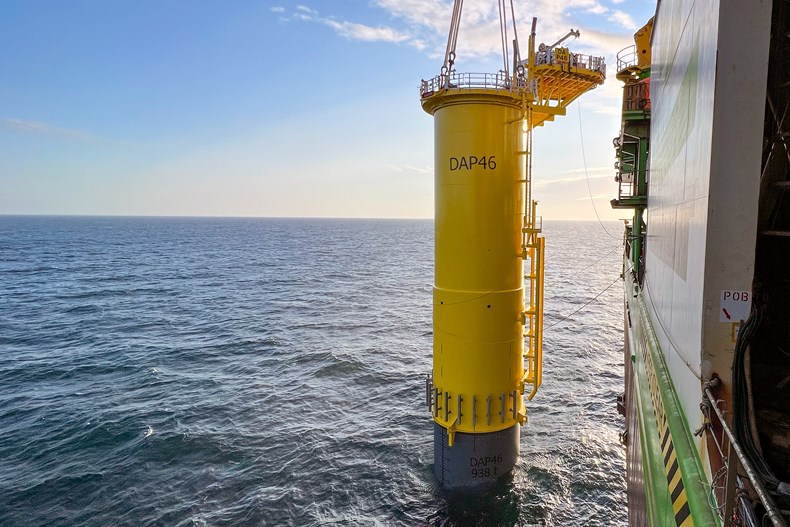 The project, which is a joint venture between SSE Renewables (40%), Equinor (40%) and Eni Plenitude (20%), will generate 3.6GW of clean green energy – enough to power 6million UK homes when it is complete more than 130km off the North East coast of England.

It is part of SSE’s plans to invest in excess of £24bn this decade in Great Britain’s electricity infrastructure system.

Made up of three offshore wind farm sites in the North Sea, the installation saw the first monopile and transition piece put in at Dogger Bank A.

“Today we are delighted to announce that we’ve installed the first turbine foundation monopile and transition piece at our flagship Dogger Bank offshore wind project in the North Sea. This is a really important milestone for the project as it marks the commencement of our campaign to install 277 turbine foundations across the three phases of what will be the world’s largest offshore wind farm.

"At SSE Renewables, we’re already building more offshore wind energy than any other company in the world. As lead operator during the construction phase of Dogger Bank Wind Farm, we’re working with our development and supply chain partners to install some of the world’s largest turbine foundations on this world-class project."

“We’re also particularly proud of how this project is helping develop more secure and affordable homegrown UK energy. SSE is the UK’s clean energy champion, and no project epitomises this status more than Dogger Bank. During this campaign we’re using foundations that are UK-designed and with components made from UK-manufactured steel, all of which are helping to support UK jobs and a fair and just transition to net zero.”

The foundations, designed by UK-based Wood Thilsted, are up to 72m in length (equivalent to more than 6 double-decker buses end-to-end) and weigh on average 1057 tonnes. The installation works are being led by Seaway supported by DEME. Installation of GE Renewable Energy’s ground-breaking Haliade-X turbines, which will generate the power, will begin in Spring 2023.

Steel manufactured by Tata Steel in Wales and processed in Corby and Hartlepool is being used in the supporting components of the transition pieces, while South Tyneside-based Metec and Rochdale-based Granada Material Handling have also won contracts with Smulders to support this innovative and world-leading project.

The foundations have been optimised to tackle the North Sea’s high waves, with installation in water depths of up to 32m and at a distance of 130km from shore they’ll provide a solid and stable base for the scale of the GE Renewable Energy’s groundbreaking Haliade-X turbines.

SSE Renewables is lead operator for the development and construction of Dogger Bank Wind Farm, while Equinor will be lead operator of the wind farm on completion for its expected operational life of around 35 years. 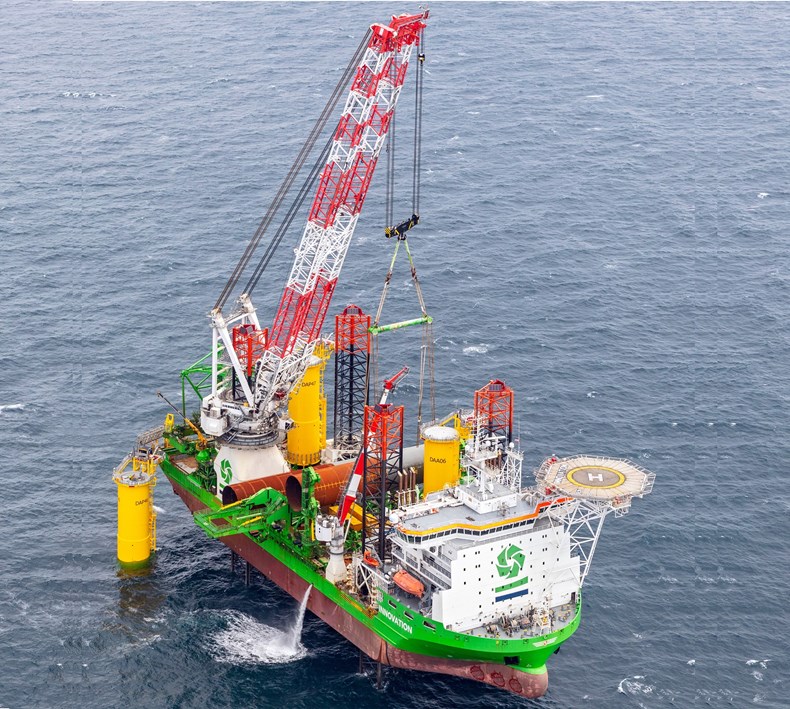 “Wood Thilsted is proud to be a part of making Dogger Bank Wind Farm a success. Our team faced challenges including working with the largest turbine at the time, an innovative dynamic positioning installation vessel, and some very significant wave loads.

“What made success possible was the collaborative working relationship shared with the Dogger Bank team and the other key stakeholders. This project is a model of success for current and future projects.”

Over the three-year installation programme for the three phases of Dogger Bank Wind Farm, a total of 277 monopiles and transition pieces will be loaded onto installation vessels in Rotterdam ahead of transfer out to the offshore wind farm site deep into the North Sea.

The monopiles, measuring up to 72m, are put in place using cutting edge positioning technology before being hammered into place and secured by giant bolts.

“We are extremely proud to be supporting the construction of the world’s largest offshore wind farm with foundation installation and later in the programme as inter-array cable installer. These unique foundations are huge but also, they are technically complex. This is an important moment for the offshore wind industry and the energy transition. It is wonderful to be working alongside like-minded partners with the joint goal of achieving a net-zero energy system.”