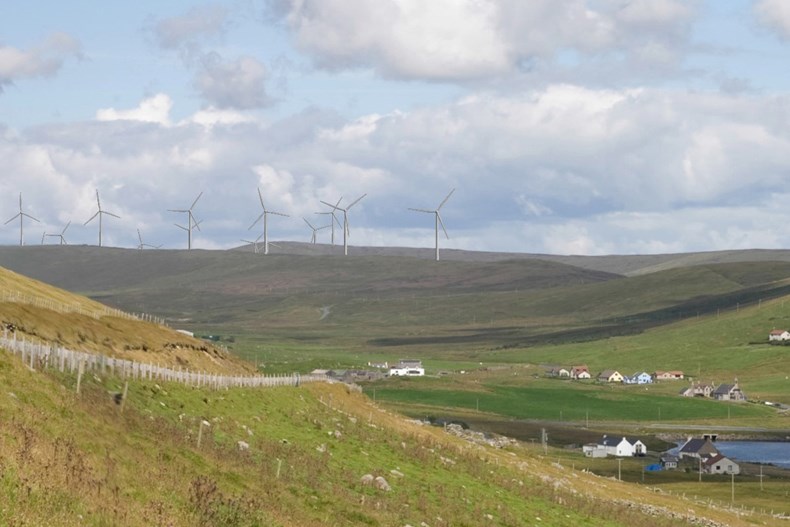 SSE Renewables has been successful in the UK's fourth Contract for Difference (CfD) Allocation Round, announced today, and has secured a low-carbon power contract for 220MW for its wholly-owned Viking Energy Wind Farm (Viking) project, currently being constructed in Shetland.

Viking’s success in securing a contract follows a competitive auction process in Allocation Round 4 (AR4) where it competed within Pot 2 of the allocation round set aside for ‘less established’ technologies including Remote Island Wind.

The 443MW Viking project, which SSE Renewables is currently building in the Shetland Islands, has secured a CfD for 220MW (50% of its total capacity) at a strike price of £46.39/MWh for the 2026/27 delivery year.

The successful project will receive its guaranteed strike price, set on 2012 prices but annually indexed for CPI inflation, for the contracted low carbon electricity it will generate for a 15-year period. Securing a CfD for Viking stabilises the revenue from the project whilst also delivering price security for bill payers.

Viking is progressing through construction with over 50 per cent of turbine foundation bases poured. When complete in 2024, Viking Energy Wind Farm will be the UK’s most productive onshore wind farm in terms of annual electricity output^, with the project also contributing to Shetland’s security of supply by underpinning the HVDC transmission link that will connect the islands to the mainland for the first time.

"We are delighted that Viking Energy Wind Farm has been successful in securing a 15-year contract in the UK’s fourth and highly competitive CfD allocation round. At SSE Renewables we’re taking action to deliver more of the sustainable and secure homegrown energy needed in the UK. Viking will be the most productive onshore wind farm in the UK when it enters operation from 2024, and will play a crucial role in decarbonising energy supply in the Shetland Islands as well as in Scotland."

Stephen continued: “Through the delivery of onshore wind energy projects such as Viking, SSE Renewables is helping drive the delivery of SSE’s Net Zero Acceleration Programme (NZAP) which will see the company double our current 4GW installed renewable energy capacity to 8GW by 2026 and increase our annual renewable energy output fivefold to 50TWh by 2031.”