Further and faster at COP26 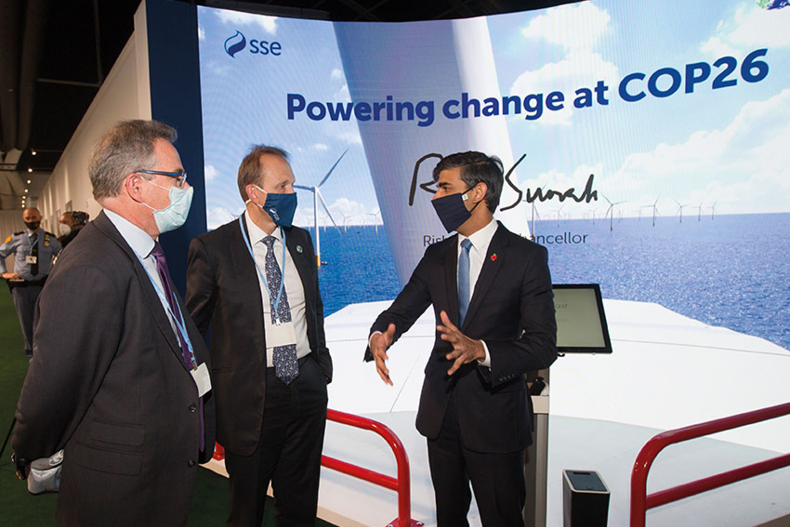 The cornerstone of SSE’s engagement with government and regulators in 2021/22 was the Company’s Principal Partnership with the UK Government on COP26. SSE was able to showcase its standing as a national clean energy champion in what was a significant stepping up of engagement activity in the lead-up to, during and after the Glasgow event. Through more than 150 direct COP-related engagements, SSE established 50 new business relationships, received more than 20 public endorsements from stakeholders, and formed 14 new partnerships.

Crucially, SSE was able to support a number of COP-linked policy announcements through its advocacy for decarbonisation of the energy sector to go further and faster. In the months following COP26, positive engagement, including meetings with the Secretary of State for Department of Business, Energy and Industrial Strategy and the Prime Minister, continued to maintain political resolve on the Glasgow Pact and highlight SSE’s role in delivering national net zero targets.