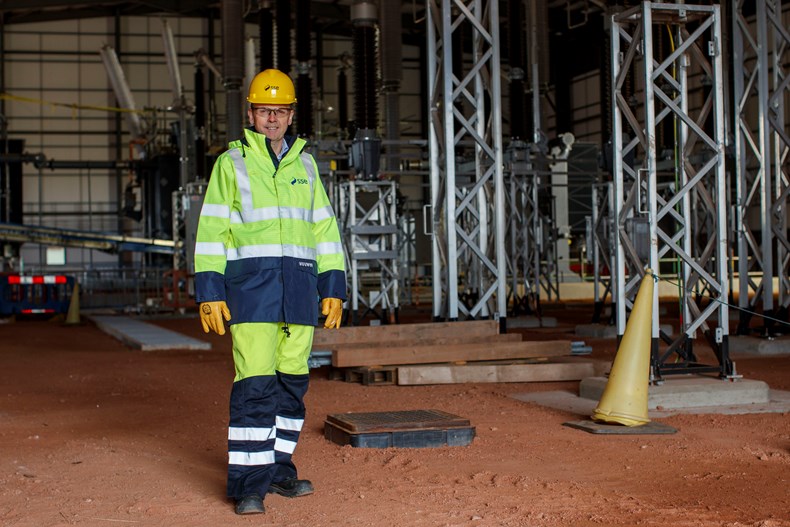 If the UK is to achieve net zero ambitions, then it is absolutely clear that we’re going to have to go further and faster when investing in our electricity networks, and in new technologies like Carbon Capture and Storage (CCS).

SSE is unique in that we have a diverse range of energy operations and last week I visited two such vital projects in Peterhead.

The region is just as unique, in that it is a great example of the energy transition in action.

On the wild windy North Sea coast it is perfectly placed as a hub for transporting the huge amounts of clean, green energy from offshore to the rest of UK, whilst having a long established relationship with the oil and gas industry.

My first port of call was the £75million Peterhead substation project, which is part of a wider programme of work, led by our SSEN Transmission business, to upgrade power handling capacity in the North East of Scotland.

SSE is currently installing two new 400kV supergrid transformers. These will help transport the vast quantities of renewable electricity set to come in from offshore wind farms in the North Sea, to millions of homes and businesses across the UK. It is also worth noting that both these units were built by GE in Stafford, supporting UK jobs and the supply chain.

It is vital that regulators help us to get on and deliver the billions of reinforcements in electricity transmission infrastructure that will be required to upgrade the motorways of the electricity network, critical to maintaining progress towards delivering a pathway to net zero emissions and tackling the impacts of climate change.

National Grid will soon be publishing their Holistic Network Design Document, which we hope will signal increased ambition to deliver net zero and therefore accelerated investment in our transmission system. 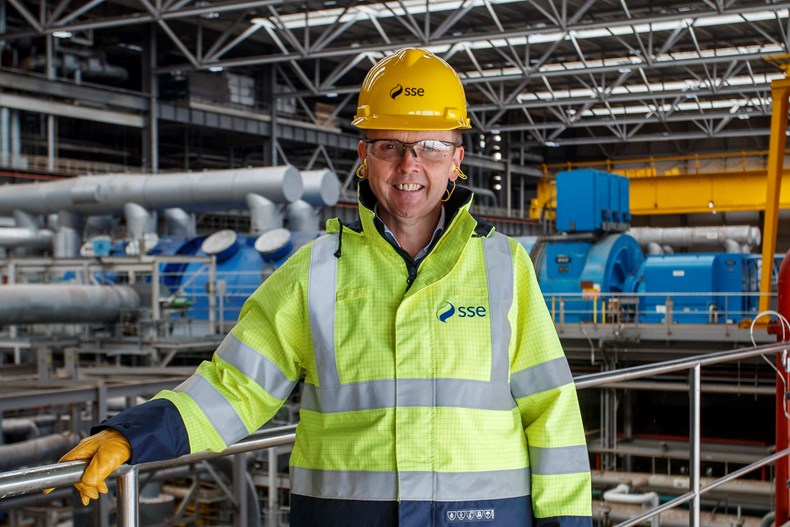 Peterhead is perhaps best known for its venerable power station, which has been critical to UK energy supply for decades. And I also visited to speak to the team leading a new carbon capture project at the site.

SSE has submitted a planning application for this development, which will allow the it to continue playing a vital role in the transition to net zero, providing low-carbon flexibility and protecting jobs in the region, giving us back-up for when the wind doesn’t blow.

Immediately following the visit, regulators advertised the first formal round of licensing for seabed sites for storing captured carbon, including off the Aberdeenshire coast.

Peterhead Carbon Capture Power Station could become one of the UK’s first power stations equipped carbon capture technology, and we hope to see a plan laid out for developing the transport and storage network in the Scottish Cluster, which Peterhead is looking to plug into.

Last month SSE responded to calls to invest in the UK and Ireland by spending more than we earn. With a potential £25bn investment in the UK and Ireland over the coming decade, delivery of more offshore wind than anyone on the planet and in innovative projects like CCS and hydrogen, and of course all of this creates opportunities for people to transition out of high-carbon jobs into low-carbon SSE roles.

Peterhead has been at the heart of the energy sector for decades and as we have shown, with the right support from government and regulators, it should continue to be so.