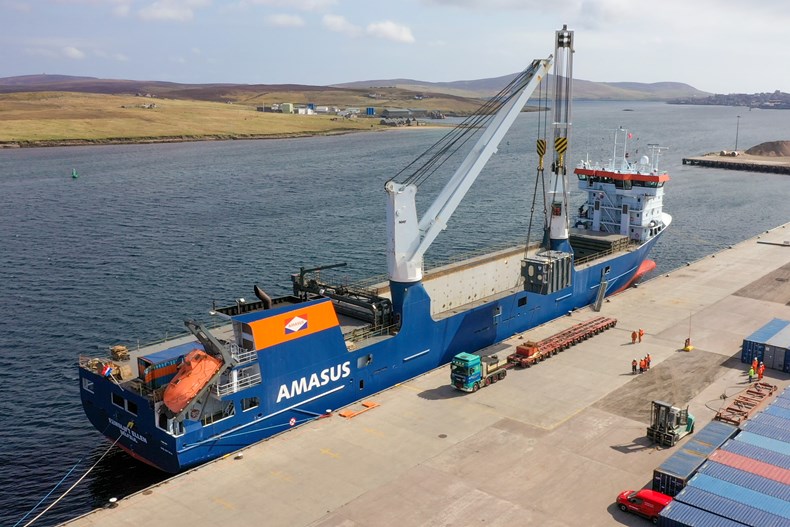 The first, came as the official start of offshore construction work got underway at what will be the world’s largest offshore wind farm, the 3.6GW Dogger Bank.

It saw work to install the HVDC export cable, which will connect the first phase of the windfarm, more than 130km off the coast to a landfall point at Ulrome, in East Riding of Yorkshire.

Dogger Bank Wind Farm will be the UK’s first HVDC connected wind farm and will be vital in learning how to transport renewable energy greater distances.

"This is an exciting time for everyone involved in this project as we celebrate installing the first nearshore HVDC export cable safely and on-time.

“With the first foundations due to be installed later this year and the first turbines scheduled for installation in 2023, we’re now well on our way to achieving first power from this unrivalled global renewable energy asset.

“I’d like to extend my thanks to all those who’ve worked incredibly hard to reach this major offshore milestone."

Elsewhere the historic project to connect the Shetland Islands to the GB electricity grid stepped up with the arrival of four new 168 tonnes transformer units.

The units are key components in the operation of Kergord substation and will play a vital role in the £600m Shetland HVDC link. Once complete, the link will transport clean, green energy from the islands and help Shetland’s future security of supply.

The units, which will be transported from Lerwick harbour by a specialist haulier, will be moved overnight, under the guidance and supervision of Police Scotland, to avoid disruption to the local community.

“The delivery of the four new transformers from Hitachi Energy is a key milestone in the construction of the Shetland HVDC link.

“The complex delivery has been carefully coordinated by our project teams, working with our specialist haulier, Allelys, Petersons Shetland, Shetland Islands Council and Police Scotland, to ensure disruption can be kept to a minimum for the local community and road users on Shetland.

“We would like to take this opportunity to thank the local community in advance for their patience and understanding while we transport these transformers onto their final destination in Kergord.”

Both projects are part of SSE’s Net Zero Acceleration Plan, which will see the business invest around £7m a day and support 1000 jobs a year, in the critical low-carbon infrastructure needed in net zero transition.

SSE invited people to sign the turbine and have their name on the world’s largest offshore wind farm during COP26. Almost 10,000 people have so far got involved, with UK Prime Minister and COP26 President Alok Sharma among the first to sign up.