One in five have swapped high-carbon jobs for low-carbon careers, says SSE 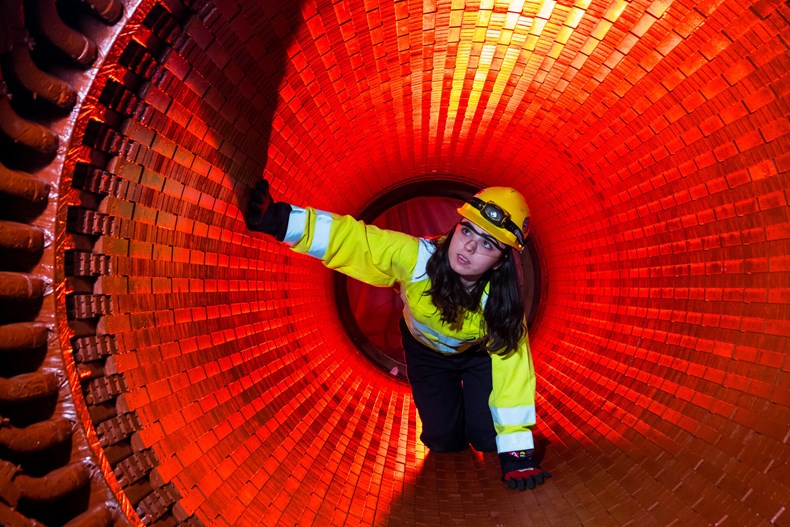 More than one in five workers at leading low-carbon power firm SSE have made the switch from high to low-carbon careers, according to a new update on its Just Transition Strategy, first published last year.

The company, which itself has shifted its entire strategy in support of net zero, is at the forefront of the debate of enabling a “Just Transition”, ensuring no one is left behind in the move to decarbonise.

As part of its efforts to create green jobs, SSE is delivering billions of pounds of investment in renewables, electricity networks and other infrastructure needed in the journey to net zero.

Research for its newly released report, Just Transition: From Principles to Action, reveals at least 1,500 of its employees, now working across low-carbon projects, had previously worked in high-carbon roles. At its Beatrice Offshore Wind Farm off the Caithness coast in the north of Scotland, as many as two thirds of the control room staff are former oil and gas workers.

Whilst SSE’s Peterhead Power Station epitomises the just transition where the traditional gas-fired station is part of plans to develop one of the UK’s first power stations equipped with carbon capture technology.

This year has seen a record intake of ten apprentices who will support the transition from a high-to-a-low-carbon power source, retaining skills in the area whilst creating careers for the future.

“The climate emergency demands action but that means big changes in people’s lives – and livelihoods. We knew many former high-carbon workers had already joined SSE to work on low-carbon projects and we wanted to understand how easy was it for them and what could SSE, and others, do to make the transition smoother - both for the benefit of SSE, and in the interests of a fair and just transition in the UK and beyond.

“Since we published our Just Transition Strategy last year, we’ve sensed real momentum for a just transition to net zero. There is genuine consensus emerging amongst policy makers, companies, and trade unions that we can’t allow the mistakes of previous industrial transformations to be repeated.

“With COP26 focusing the world on the transition ahead, I really hope this consensus develops beyond plans and principles into firm action from governments and companies.”

SSE was the first company in the world to publish a Just Transition Strategy outlining 20 principles to support people and communities as it decarbonises.

This report is the business’ next practical action to support a fair and just transition and includes a series of commitments to support those looking to make the switch, including:

The company is now tracking the overall proportion of its workforce who have transitioned from high-to-low-carbon careers. As of September 2021, out of a total of 6,685 responders, 1,081 said they had transitioned to SSE from a high-carbon role within the last 10 years and 336 employees moved across more than 10 years ago.

The report also includes the top reasons for employees making the switch to a low-carbon career; better long-term career prospects comes out on top followed by environmental considerations and the opportunity to work on exciting projects, with the opportunity to learn new skills and the chance to spend more time with family also featuring.

The research also found there was a clear transferability of skills from high-carbon roles, particularly in areas like health and safety and project management.

SSE has hundreds of vacancies across its diverse businesses – for more information on roles and opportunities on offer visit sse.com.

The full report can be downloaded here.