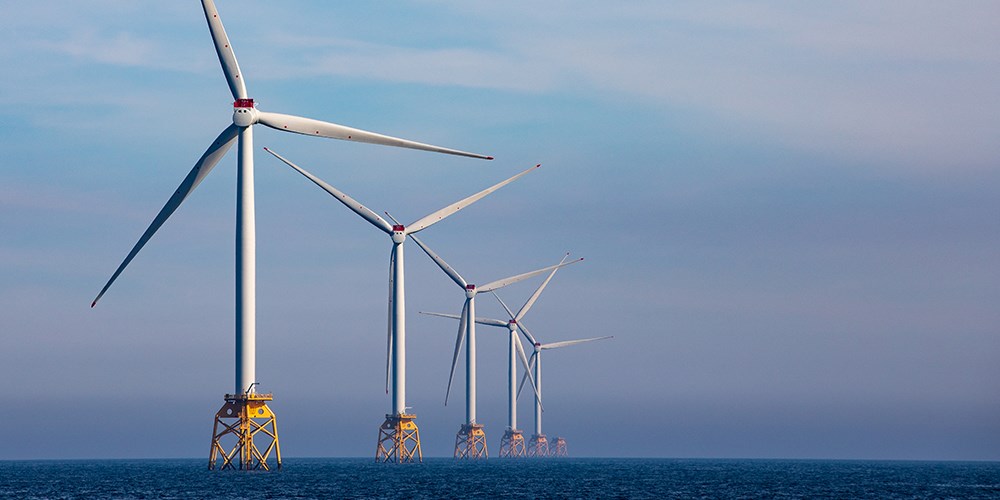 Two years ago, Prince Charles travelled to Wick, on the Caithness coast, to launch low-carbon energy firm SSE’s Beatrice Offshore Wind Farm – a deep-water installation of 84 seven-megawatt (MW) turbines. This was leading-edge technology at the time, producing enough energy to power 450,000 homes a year. With its partners Equinor and Eni, SSE is now in the process of constructing Dogger Bank, the world’s largest offshore wind farm, with turbines twice that size.

As the UK government bids to “build back greener”, aiming to reach carbon net zero by 2050, SSE’s developments show how fast the blades of renewable technology are turning. It’s all part of a quiet revolution in low-carbon infrastructure that’s transforming how homes, businesses and transport systems receive their power.

But while offshore turbines are the most impressive symbol of this new, cleaner direction, they are just one example of infrastructure innovation, says Martin Pibworth, Energy and Commercial Director of SSE.

"“The government’s net zero aspiration requires an enormous transition. SSE has been a key part of that for several years, so we’re not short of headline-grabbing infrastructure developments.""

"As well as Dogger Bank, we’re launching Seagreen, the biggest offshore wind farm in Scotland, and Viking, on Shetland, which will be one of Europe’s highest-yielding onshore wind farms. We’ve also got development interests off the coast of Ireland.

“But innovation is also occurring in other places – less obvious, but just as exciting. Take the pumped storage opportunities our Coire Glas project in Scotland could offer, a great example of how to balance the system in times of deficit and surplus. If the wind is blowing during a low-demand period – at night, for example – the pumps would use excess energy to push water up to a loch at the top of the hill. When the wind isn’t blowing, or the sun isn’t shining, that energy is released, as in a normal hydro scheme, to generate extra power.

“We’re also looking at the use of other net zero technology, including new sites for carbon capture, and the deployment of hydrogen as a fuel for thermal power stations at Keadby and Peterhead.

But generation is only part of the innovation puzzle. While a lot of these wind resources are in the north of the UK, the greatest demand is in the south. So that energy needs to be transported efficiently. Rob McDonald is at the helm of SSE’s Transmission business. He says: “Net zero requires accelerated investment
in the GB transmission system at a pace and scale not seen before. For the north of Scotland, we need to treble the total volume of renewable electricity to over 20GW by 2030 to put us on a pathway to net zero. This will support the UK and Scottish government 2030 offshore targets of 40GW and 11GW respectively, creating thousands of sustainable green jobs as we build back better from the pandemic.”

Pibworth adds: “The net zero transition is creating jobs, boosting other businesses and supporting communities. At Dogger Bank, the scale of the project led GE Renewable Energy to invest in a wind blade factory in Teesside. The operations centre for Beatrice has created jobs in Wick and brings new people to the area, creating knock-on economic benefits.

“One of the most striking things about the past five years is the support for this net zero transition. It has the public’s backing and there’s a remarkable political consensus around the idea. To see these solutions drive the technical transition from old energy to a clean future is incredibly exciting.”

This article was originally published in The Times.