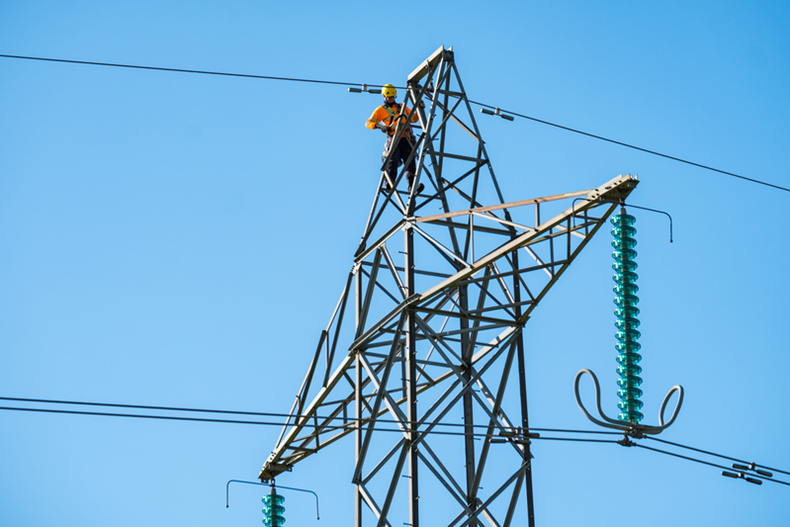 It’s widely understood that more renewables will need to come online to support the UK government’s targets of 40GW of offshore wind by 2030, and net zero by 2050. Less likely to grab headlines, but just as important, is the required investment in the GB transmission network to connect all this green electricity to the grid and efficiently transport it to areas of demand.

In the north of Scotland and remote Scottish islands, this responsibility falls to SSEN Transmission. The transmission network operator has a critical task in connecting the huge volume of new renewable electricity needed to achieve these targets via underground and subsea cables, and overhead lines. This will include facilitating the delivery of up to 10GW of new offshore wind projects that will emerge from the ScotWind seabed leasing process being run this year by the Scottish government and the Crown Estate Scotland.

Part of SSEN Transmission’s vast portfolio is the Eastern Link, a £2.5 billion undersea superhighway that will transmit 4GW of power to Hawthorn Point in Durham and Selby in Yorkshire. It’s one of many projects through which the company aims to create hundreds of skilled, green jobs and unlock thousands of supply chain opportunities.

“We need to reduce constraints and export that clean power to the main areas of demand across Britain; the East Coast HVDC reinforcements will play a key role in that, helping to power almost four million homes. It’s cutting-edge technology we already have experience in with our 1,200MW Caithness-Moray project and our involvement in an innovative HVDC national testing centre in Cumbernauld.

National Grid’s Future Energy Scenarios suggests that 20GW to 30GW of renewable capacity will be needed in Scotland by 2030 for the UK to meet its 2050 target. “Getting the policy and the regulatory framework right will be critical,” says McDonald. “We need a review and reform of transmission charging to ensure Scottish projects can compete; we need to improve offshore wind infrastructure planning; and we need co-ordinated and accelerated decision making from a consenting and a regulatory perspective.”

For all the scale of the challenges, McDonald believes the potential economic and societal rewards are greater. “We need to start laying the foundations now – working with government and Ofgem to remove barriers so the UK can achieve net zero and continue to show the world how to decarbonise an energy system at pace.

As we progress towards net zero, the world will look to emerging electrified transport and domestic heating solutions, namely electric vehicles (EVs) and heat pumps.

EVs and electric heat pump systems could treble demand on the UK’s electricity network, according to analysis by the Climate Change Committee. This is likely to result in networks becoming increasingly constrained without improved distribution.

SSEN Distribution is responsible for connecting four million homes and businesses, and has a balancing act to perform if it is to meet the challenge.

“The network wasn’t built for the extra demand that low carbon solutions will bring,” says Chris Burchell, managing director of SSEN Distribution. “That means we either need to reinforce and upgrade the network or offset the demand by using local sources of generation combined with flexible solutions, such as battery storage.”

The way electricity is distributed at the local level is going to move to a new model.

“We are evolving from being a distribution network operator to a distribution system operator, because distribution is increasingly a two-way process,” says Burchell. “On the one hand you have distributed sources of energy like flexible generation batteries, solar and wind; and on the other, electric vehicles and low-carbon heating, which means we must adapt how we operate the network.”

Burchell and his team are currently writing a business plan for 2023 through to 2028 to enable this change. The company is engaging with stakeholders, including its customers, government and local authorities to help shape the plan. It is also working closely with sister company SSEN Transmission and other utilities to explore “whole system” solutions. And, as a regulated entity, it is focused on meeting these challenges while offering value for money to customers.

“Our priority is to facilitate and stimulate the market rather than control it,” says Burchell. “Enabling flexibility at local level could negate the necessity for us to provide large network investment and that helps to control costs for consumers.”

Key to this evolution will be increased digitisation of existing services and increased use of data and analytics.

“This energy transition needs to be driven digitally and will be enabled by transparency of information and data,” says Burchell. “Co-ordination between industry, market players and policy makers will be crucial. Our role is to create the conditions by which flexible solutions can flourish. That needs agile regulation so that decisions and investment can be made at the right time.

“It is vital that distribution operators are empowered to act as enablers towards net zero – and not a constraint on it.”

With more than one million electric vehicles expected in its network area by 2028, SSEN Distribution’s aim to create the infrastructure and ecosystem for grid edge transformation will be an important step in delivering net zero at a local level.

“The transformation of the energy system at distribution level over the next decade will make it unrecognisable,” says Burchell. “Our five-year business plan is titled Powering Communities to Their Net Zero World. That is genuinely what we’ll be doing.”