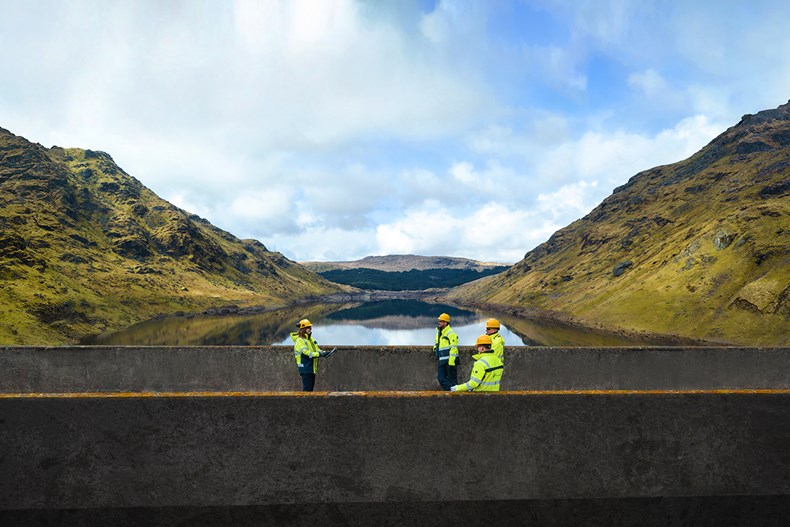 If there’s one thing you can rely on, it’s the unreliability of our weather. One of the recognised challenges with some renewables, specifically wind and solar, is that they are reliant on the weather and therefore variable in their output, albeit predictably so.

“Sometimes the wind doesn’t blow. At other times you can have too much,” says Jim Smith, managing director of SSE Renewables. “So it makes economic sense to maximise usage of the energy produced from renewables by storing it at scale.

“The obvious solution is storage that allows power to be stored and released on demand over a number of hours. But even the latest battery technology is not yet capable of storing it at the necessary scale. Pumped hydro is, which is why it’s sometimes referred to as a ‘water battery’.”

While hydropower was first employed more than 2,000 years ago, pumped hydro technology has existed for just over a century. The principle is simple: during periods of low demand or oversupply, electricity is used to pump the water from a lower reservoir to a higher one. When demand increases or generation is low, the water is released through turbines to generate electricity. Although the energy can be charged or discharged for many continuous hours, pumped storage can be brought online in a few minutes, meaning it can respond quickly to demand spikes or support grid stability in case of outages.

Last year, the Scottish government approved an updated planning consent to SSE Renewables to build a new pumped hydro plant at Coire Glas between Inverness and Fort William. At 1,500MW capacity and 30GWh storage, it could become the UK’s largest pumped hydro energy storage scheme and the first such scheme delivered in the UK for decades. A dam would be built across the entrance to an existing coire to create a large natural basin for the upper reservoir. This can then be released into the adjacent lower reservoir at Loch Lochy. Thanks to the difference in height it has an excellent natural head of pressure, thus offering greater storage capacity per cubic metre of water.

As the UK adds more renewable energy to meet its net zero target, the importance of pumped hydro storage is set to increase. The Coire Glas facility could more than double the UK’s pumped hydro storage. “It would also reduce the additional transmission capacity needed for new renewable projects that will generate the vast amounts of power needing to be transported south from Scotland,” says Smith.

Construction on Coire Glas could start from 2024, subject to the introduction of a policy mechanism by the UK government which supports investment in pumped storage and other long-duration storage technologies. The scheme would take around six years to build once fully financed and would employ construction and civil-engineering expertise, creating local jobs and using rock quarries in the basin to build the dam.

“Considering the scale of the development, its impact on the landscape would be minimal once built,” says Smith. “The Great Glen is a tourist attraction, so visual impact is really important. Other than a sensitively designed control building on the shore of Loch Lochy, anyone out walking around the loch would have little indication they are skirting one of the most significant energy projects to be constructed in the UK this century. And it is a long-term asset. The first major pumped storage scheme in the UK, at Ffestiniog, has been running for more than 50 years.

“It would reduce the need for investment in other expensive energy generation projects, such as nuclear, and help reduce peak wholesale prices of electricity.”

A study by researchers at Imperial College London showed that 4.5GW of new pumped storage capacity, equivalent to three projects on the scale of Coire Glas, would achieve savings of up to £690 million a year in 2050 for the electricity system.

“As we introduce more renewables to meet net zero targets, this is a technologically sound solution that will lead to a much more efficient and cost-effective operation of the grid.”