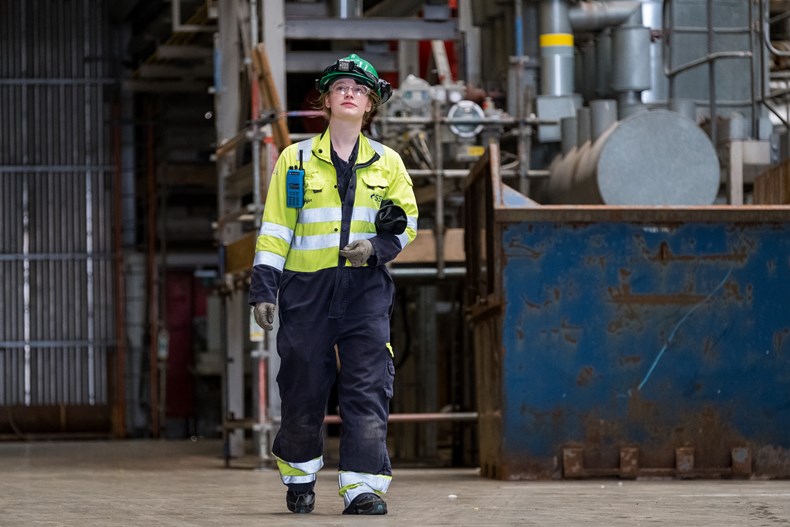 Renewable energy is at the centre of the UK’s transition to net zero, but with flexible power stations still required to ensure stability of the power grid, decarbonising our gas-fired power plants also has a big role to play in reducing emissions.

Carbon capture and storage (CCS) can remove at least 90 per cent of these plants’ carbon dioxide emissions by transporting and storing them safely underground. The UK government’s ten-point plan includes the target of capturing 10MT of carbon dioxide a year by 2030.

SSE is currently progressing projects at Peterhead in Aberdeenshire and Keadby in the Humber region, which could become the UK’s first CCS-equipped power stations before 2030, meeting a combined 30 per cent of the government’s target. The Humber and Scotland are ideally located for CCS technology, possessing extensive offshore storage potential in the North Sea in the form of depleted oil and gas fields and deep saline aquifers.

“We’re rightly seen as world leaders in offshore wind but we also know flexible, low-carbon thermal generation will be essential in continuing to facilitate the growth of renewables, and in ensuring security of supply through the net zero transition,” says Stephen Wheeler, Managing Director of SSE Thermal. “By 2030 our aim is to have 3GW of new low-carbon power stations in operation, replacing older, carbon-intensive generation on the grid.”

In North Lincolnshire, SSE Thermal is progressing the Keadby 3 project alongside Equinor, which would plug into the shared CCS infrastructure being proposed by the Zero Carbon Humber partnership to decarbonise the UK’s most carbon-intensive industrial region.

Meanwhile, the company is also proposing a new CCS-equipped power station at Peterhead in the northeast of Scotland, to ensure the historic site can continue to provide essential power generation in a way that’s consistent with SSE Thermal’s net zero commitments. Peterhead 2 would plug into the CCS transport and storage infrastructure that is being developed through the well-advanced Acorn project.

Another benefit of CCS is its role in creating low-carbon hydrogen. By removing the carbon dioxide emissions created in the production of “blue hydrogen”, CCS can enable the fuel to play a key part in the transition to net zero.

In addition to Keadby 3, SSE Thermal is working with Equinor to advance the Keadby Hydrogen project, which could become the world’s first major 100 per cent hydrogen-fuelled power station, helping to create a hydrogen economy in the Humber region.

As well as power generation, CCS and hydrogen are seen as vital solutions for decarbonising heavy industry and other hard to reach sectors, helping to ensure a just transition for workers and communities.

“CCS and hydrogen present opportunities to decarbonise not just power generation but also industry in places like the Humber and the northeast of Scotland,” says Wheeler. “That’s really important when you think about protecting and creating jobs. You can use power generation as an anchor to stimulate investment in the necessary shared infrastructure, which enables other large industrial customers to tap into it and so also progress their own decarbonisation plans.”

He adds: “Net zero has changed everything. The targets that have been set by the UK government are ambitious – and, we believe, realistic – but there’s a lot of work that still needs to be done by industry and government to create the routes to market for these projects and the associated infrastructure. We need to work together to keep up the positive momentum and bring these projects to fruition as quickly as possible. As we approach COP26, we have a golden opportunity to show our leadership in these critical technologies.”