Powering Progress – Keadby 2 will generate over £1bn for UK economy 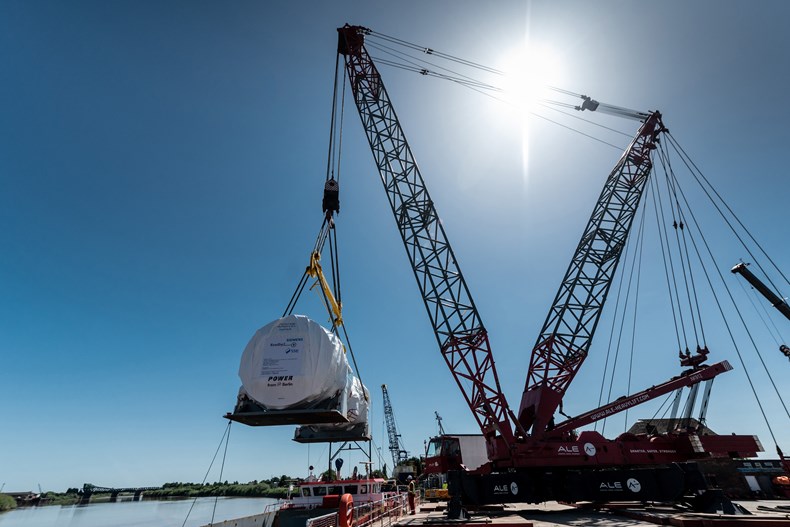 SSE Thermal’s Keadby 2 Power Station in North Lincolnshire, which is currently being constructed by Siemens Energy, will contribute over £1bn to the UK economy over its lifetime, according to a new report released today.

The ‘Powering Progress’ report highlights the socio-economic impacts of Keadby 2 at a local, regional and national level, based on analysis from BiGGAR Economics. Once completed in 2022, the 893MW1 Keadby 2 is expected to be the cleanest and most efficient gas-fired power station in Europe, helping the UK to move away from older, more carbon intensive generation in the decades ahead.

The new report shows that £51m is expected to be contributed to the local2 economy during the development and construction phase, with 790 years of employment supported. Over the station’s operational lifetime3, it is estimated that £13m will be added to the local economy each year, with a total of 220 jobs supported on an annual basis.

Taking in the wider regional economy - within Yorkshire, the Humber and the East Midlands – the figure rises to £76m, with 1,170 years of employment supported during development and construction. Throughout the operational phase, an estimated £17m will be added to the regional economy annually, with a total of 290 jobs supported every year.

At a national level, the analysis by BiGGAR Economics shows that a total of £175m will be contributed to the UK economy during development and construction, with 2,900 years of employment supported. Once operational, the station is expected to add £36m to the national economy each year, with 550 jobs supported across the country on an annual basis. This means that over Keadby 2’s lifetime, a total of over £1bn is expected to be added to the UK economy.

In addition to the station’s economic contribution, the Powering Progress report also highlights local community engagement activities, including donations of £20,000 to local charities and support for Keadby with Althorpe Primary School’s Greenpower Project. You can view the report in full at ssethermal.com/keadby2 and siemens-energy.com/keadby2

"We’re very proud of the positive contribution Keadby 2 is making, particularly in the local area, and we want to ensure the project continues to deliver benefits that endure long into the future. As responsible developers, it’s important the impact of our investment is felt within our neighbouring communities, from creating jobs and supporting the local supply chain, to engagement programmes with local organisations.

“As we look to build back better in the years ahead, it’s crucial that we’re delivering the energy and essential infrastructure we need in a way that stimulates local economies and supports high-quality jobs across our industrial regions."

"From the outset this project was about partnership. Partnering world-leading technology with local value add and working with SSE Thermal to deliver a project that made a lasting contribution to society.

“As one of the largest infrastructure projects in the North Lincolnshire region it was important to us that people and companies across the region were able to benefit from its construction. Through important sessions such as Meet the Buyer, we have been able to identify key local suppliers, who have provided vital services on site."

Building on its investment in Keadby 2, SSE Thermal is now in the early stages of developing Keadby 3, which could become the UK’s first gas-fired power station equipped with carbon capture and storage technology by the mid-2020s. The company is part of the Zero Carbon Humber partnership, which is aiming to deliver carbon capture and hydrogen infrastructure to turn the Humber into the world’s first ‘net-zero cluster’ by 2040.

1 Keadby 2 will have a Transmission Entry Capacity of 893MW – the maximum amount of power it will be able to put on the system at any one time. The turbine, manufactured by Siemens Energy Ltd., is guaranteed to provide a minimum of 830MW power.