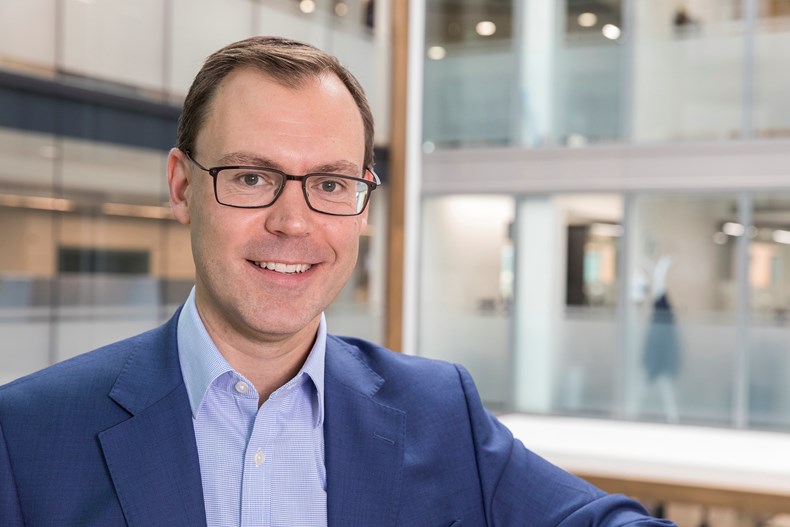 Following a full and inclusive recruitment process, SSE has appointed Chris Burchell as the new Managing Director for its electricity distribution business, SSEN Distribution. He will succeed Colin Nicol who, earlier this year, announced his intention to leave SSE in April 2021.

Chris joins SSE in November from Arriva, where he has been Managing Director – UK Trains for the last six years. Chris led Arriva to several key contract awards, including the London Overground franchise and delivered significant increases in customer satisfaction and other performance measures.

He began his career at Railtrack in 1996 and following a period as an official in the Foreign and Commonwealth Office, joined the Go-Ahead Group, where he was Director of Operations, Thames Trains and Managing Director for the Southern Rail franchise. In 2013, Chris spent a three-year term as a non-executive Director for the water regulator, Ofwat, and in 2017 was appointed chair of the industry body, the Rail Delivery Group.

Chris will join the SSE Group Executive Committee in January, following a short handover period with Colin, who will support key activity across the SSE group before he leaves the company next year.

Employing a team of over 3,500, SSEN Distribution is responsible the maintenance, operation and development of the electricity distribution networks across central southern England and the north of Scotland, delivering power to over 3.8 million homes and businesses. Following an extensive customer and stakeholder engagement programme, SSEN will submit its regulatory business plan for the RIIO-ED2 price control next year, outlining its investment, network and service development proposals for the period from April 2023 to March 2028.

Alistair Phillips-Davies, SSE Chief Executive said:
“Chris is an excellent appointment to what is a key role for SSE. His leadership experience, passion for delivery and track record in driving improvements for customers in regulated business means he is well placed for success.

“It’s an exciting time to join the sector. The distribution network will play an increasingly pivotal role in the road to net zero and a levelling up of the economy in all parts of the country. It is vital that we act as an enabler to this positive change through RIIO-ED2 and beyond, while also delivering the leading service our 3.8 million customers expect.

“Colin will leave SSE with our good wishes and our thanks. He established an extensive programme of modernisation, embedding new technology and driving significant business improvement programmes as well as steps forward in our approach to safety. I have every confidence Chris will build on these strong foundations by driving further improvements in the remainder of RIIO-ED1 and delivering a compelling plan for net zero and customers for RIIO-ED2.”

Chris Burchell said:
“I'm delighted to be joining SSE and Distribution at such an important time for the company and the country as we seek to build back better and continue the journey to net zero.

“With a strong background in delivering safe, efficient and quality services to customers in asset intensive and regulated environments, I’m looking forward to working with the whole team to deliver on the clear ambition for Distribution.”