SSEN’s electric vans are helping the drive towards net zero 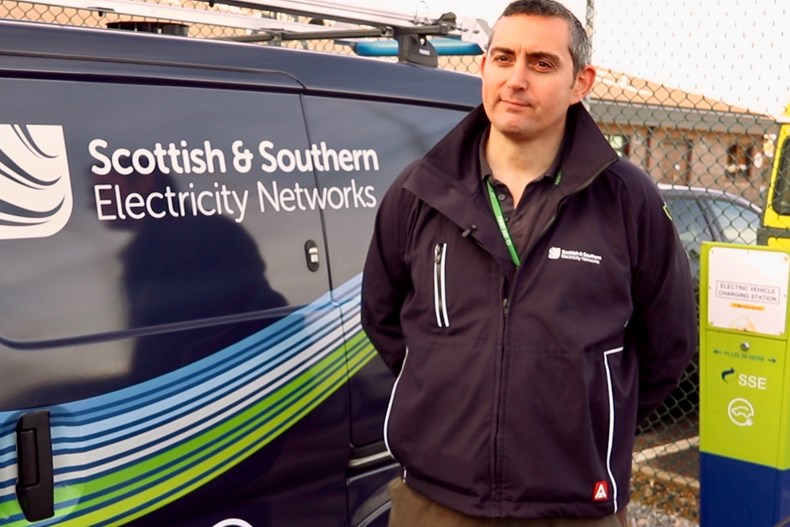 As part of the move to decarbonise its fleet in line with the SSE Group’s EV100 commitment, our networks business Scottish and Southern Electricity Networks (SSEN) has been trialling the Nissan ENV200 electric van across a variety of roles and locations.

If this trial period is successful, the EVs will be rolled out more widely across SSEN. One of SSEN’s EV triallists is Ken Locke from the Inverness Tree-cutting team.

He said: “I got the van in February, about a month before lockdown. The day it was delivered was also the first time I’d ever been inside an EV, far less driven one, so I was really excited to be taking part in this trial.”

The vehicles will be closely monitored to allow a better understanding of EV-specific factors including: range anxiety for people whose job involves driving all day, the ease of home charging, the availability of rapid charge points, and overall performance in challenging and remote conditions – all of these categories make Ken an ideal triallist, as his job takes him to some of the most remote areas the country has to offer.

Ken says that working with his Nissan is very similar to a traditional vehicle,  but it was strange at first without the noise. 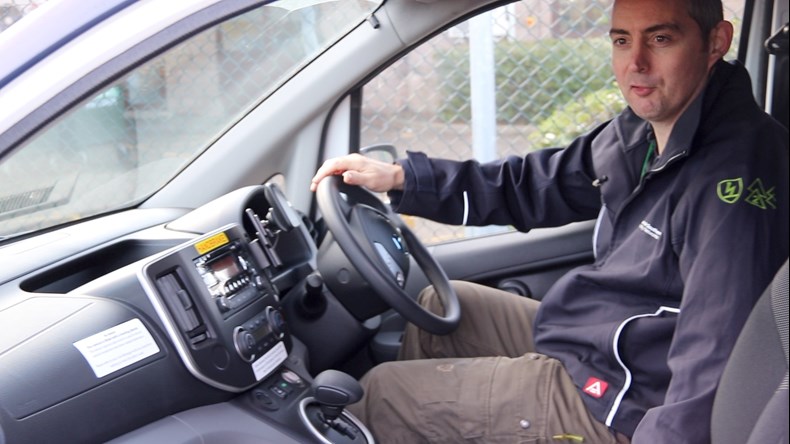 He said: “The speed is similar to my previous van, but it does pick up quicker as there is no lag between pedal and engine, and a real plus is that the storage space is better in the Nissan.

“You also need to be mindful of what we’d traditionally call “Mpg” but in the case of the EV is “Mpc” (Miles per Charge), as factors such as loaded weight, outside temperature, internal devices such as heating/air con, even wind direction can all have an effect on mileage.”

Although he’s been based at home and not working out of the Inverness depot during lockdown, the reaction from Ken’s colleagues in the early days of the trial was a positive one. When out on the road as part of his tree-cutting role, Ken says there’s also been a few curious comments from customers.

He said: “Although we’re in challenging times just now, and here at SSEN we have our own very strict safety and hygiene measures in place to help combat the coronavirus, I’ve still had a few socially-distanced chats with customers whose properties I’ve been working at over the past few months. Most comment that they didn’t hear me coming up the drive.

“Once I explain that the reason my van is so quiet because it’s fully electric, then the questions about range and speed begin, usually followed up with a “how do you plug it in?” Eventually they ask if they can see under the bonnet, which I’m able to do as long as I explain the social distancing guidelines and they view from afar.”

Watch a short video which we shot on the day Ken took delivery of his EV below.