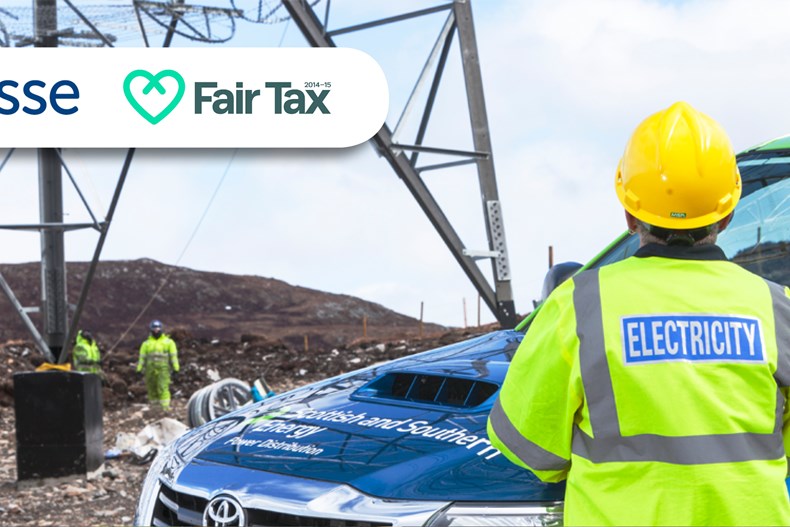 SSE has been Fair Tax Mark accredited for the sixth year running – underlining its commitment to transparency on tax.

The latest award comes in a year where SSE has confirmed the championing of the Fair Tax Mark as part of its long-term 2030 business goals as the company has realigned its strategy to focus on the low carbon economy.

As the first FTSE100 company to achieve Fair Tax Mark accreditation back in 2014, it has championed the need for a culture of openness, transparency and pride in paying your fair share of tax. It remains the only FTSE100 business to be accredited six years in a row.

Gregor Alexander, SSE Financial Director, said: “We were the first FTSE100 company to achieve Fair Tax Mark accreditation in 2014 and the only one to be reaccredited every year since.

“As a business we are committed to transparency and paying the right tax at the right time - society rightly expects companies to conduct business in the right way, that is why we continue to put so much importance upon achieving accreditation and are very proud to have done so.”

The Fair Tax Mark sets an independent standard for businesses and customers to trust that those companies achieving the mark have been through a thorough process which ensures they’re paying the right tax, at the right time and in the right way.”

Paul Monaghan, Chief Executive, Fair Tax Mark said: “SSE has been an important pioneer of the Fair Tax Mark for a number of years now. Supporting the message of ‘say what you pay with pride’ via both their continued accreditation and sponsorship of Fair Tax Week. The manner in which they champion real living wage payment, low-carbon business development and responsible tax conduct shows them to be a corporate responsibility leader not just in the UK, but globally.”

In line with the Fair Tax Mark guidelines, SSE firmly believes that tax should be paid in the jurisdiction where the economic activity occurs.  This year it has incorporated a wholly-owned subsidiary in Switzerland to hold its investments in its energy networks businesses, Scottish and Southern Electricity Networks (SSEN), and to support long-term investment in SSE’s core businesses.

This new subsidiary company changes nothing in SSE plc’s tax practices - it remains UK listed and pays tax in line with this. While the SSEN subsidiary is Swiss incorporated, SSE has applied to treat it as UK tax resident, with UK taxes then to be paid on any profits or gains made by the company.

Tax affairs of large companies can be complicated, but SSE believes there is no reason why the explanation of the key elements of its contribution needs to be, and the overriding objective has always been to disclose the most important aspects of the tax contribution SSE makes in the places it operates.

It has published its annual Talking Tax booklet report which outlines the most important aspects of the tax contribution SSE makes and shows that in 2018/19 SSE contributed £8.9bn to UK GDP and a further €689m to GDP in the Republic of Ireland. In terms of taxes for the year to 31 March 2019, SSE paid £404m of taxes to the UK Government, and €15m in Ireland.

SSE fully supports the aims and objectives of the Fair Tax Mark to abide by, not just the letter of the tax rules, but the spirit too and it is determined to continue to do so and encourage other organisations to achieve the stringent Fair Tax Mark accreditation standards.