On the road with electric vehicles 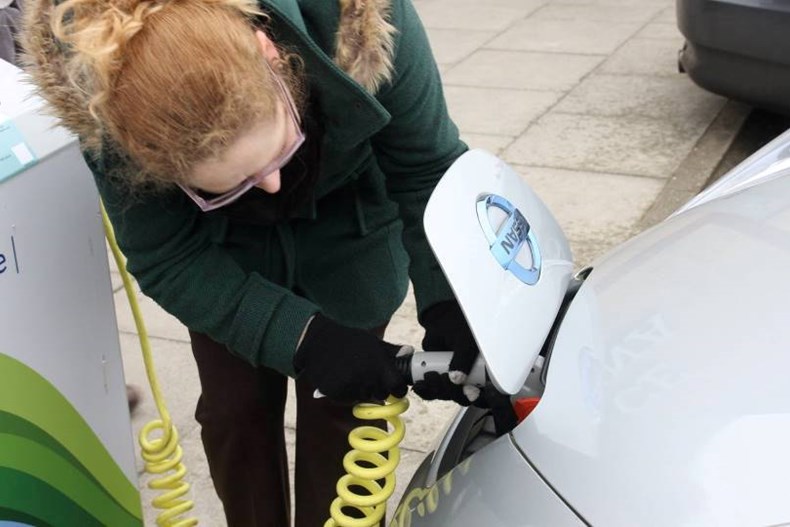 SSE has taken another step on the road to a low carbon future committing to electrifying its vehicle fleet and reducing its estate’s carbon emissions.

The business has joined The Climate Group’s global EV100 initiative, which aims to make electric vehicles (EVs) ‘the new normal’ by 2030.

SSE currently operates the 7th largest fleet in the UK and under the terms of EV100, will switch 3,500 of its vehicles to electric and install charging points for its 21,000 employees to use.

Brian McLaren, SSE Director of Group Change, said: “Decarbonisation is at the heart of what we do and low carbon emissions from transport is critical if the UK is to meet its Net Zero targets.

“As a major fleet operator and property occupier across the UK and Ireland, the commitments being made through EV100 and EP100 are in line with SSE’s ambition to deliver low carbon infrastructure in a sustainable way.”

In addition to the fleet commitments, SSE will roll out national charging infrastructure projects across the UK.  The business has already installed over 50 charge points across 20 of its national locations and will increase these in line with the switch over to electric vehicles.

SSE joins Mitie and Centrica in signing up to the EV100 pledge.  Helen Clarkson, Chief Executive of The Climate Group, said: “Energy companies have a crucial role to play in ensuring the UK reaches its new legal goal of net zero greenhouse gas emissions by 2050 – and there are huge business opportunities for those who get ahead first.

“Leading by example, these companies joining EV100 are sending a clear message that the direction of travel for transport is electric, inspiring their millions of staff and customers to follow – every major business must do the same.”

As well as signing up to EV100 SSE has also committed to double its energy productivity by 2030 from a 2010/11 baseline, through The Climate Group’s EP100 initiative.

The programme is delivered in partnership with the Alliance to Save Energy and means SSE will generate twice as much economic output for every unit of energy consumed.

To achieve this goal, SSE has already invested £12.3million on energy efficiency measures in its buildings and depots, leading to annual operational savings of at least £2.96million which go back into the projects.

These include increased digitalisation and transitioning to cloud-based computing, which has already seen energy use at SSE’s data centre sites drop by 22% since 2016.

SSE is committed helping the UK decarbonise and aims to be a leading energy provider in a low carbon world.