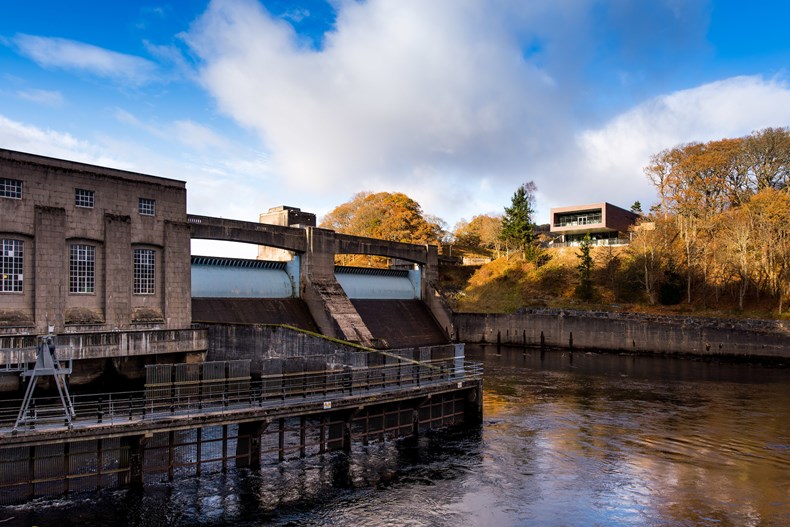 Nestled on the banks of the River Tummel the year round, free to enter Centre hosts an exhibition outlining the unique history of hydro electricity that showcases the social, environmental and engineering impacts of bringing power to the Highlands of Scotland.

SSE Head of Heritage, Gillian O’Reilly, said: “We have had an amazing first year where we have exceeded all targets in terms of footfall and have even attracted a loyal cliental of locals who have adopted the centre, and the team, as their own”.

But 2018 isn’t just about celebrating a first anniversary, there’s an even greater cause for celebration as SSE marks an amazing 75 years of hydro power in Scotland.  Born from the 1943 Hydro Electric (Scotland) Act, The Board came into existence in the shadow of the second world war and has gone on to power the highlands of Scotland throughout the last eight decades.

To recognise this significant milestone a living history campaign is being launched calling for former employees, contractors and villagers to share first hand testimonies.

Gillian said: ‘We are particularly keen to hear from people who worked for the Hydro Board and its predecessors in the 1940s, 50s and 60s.’’

One such person whose interview currently features in the centre’s small AV theatre is engineer Brian Haslam, 84, from Fochabers, who worked on the Errochty Dam and Breadalbane Scheme in the 1950s as a civil engineer. His job was to make sure the complicated network of huge tunnels were all positioned correctly.

Brian is fiercely proud of the role he played in bringing electricity to the Highlands and recalls a time after World War Two when Europe was a very different place from today.

“I worked for two construction companies Carmichael and then Mitchell Construction Company between 1955-59,” says Brian.

“It was 10 years after World War Two and I met all sorts of people who shared their experiences of living through the war. There were workers and displaced people from all over Europe. Many had very little apart from the clothes they stood in so they welcomed the work.

“We all got on very well together and it was a very exciting time. There were vast numbers of people working in the area and each company would build huge camps to house everyone.  Initially some locals in places like Pitlochry were sceptical, but they soon saw the benefits of what we were doing and appreciated the income that came in all year round.’’

If Brian’s memories resonate with you, or someone you know, and you would like to contribute to the project by sharing a story or two, please get in touch.  The Heritage team can be contacted by emailing heritage@sse.com or by telephoning 07469411479.

If you haven’t visited the centre already you can find out more details and what’s on offer by visiting www.pitlochrydam.com