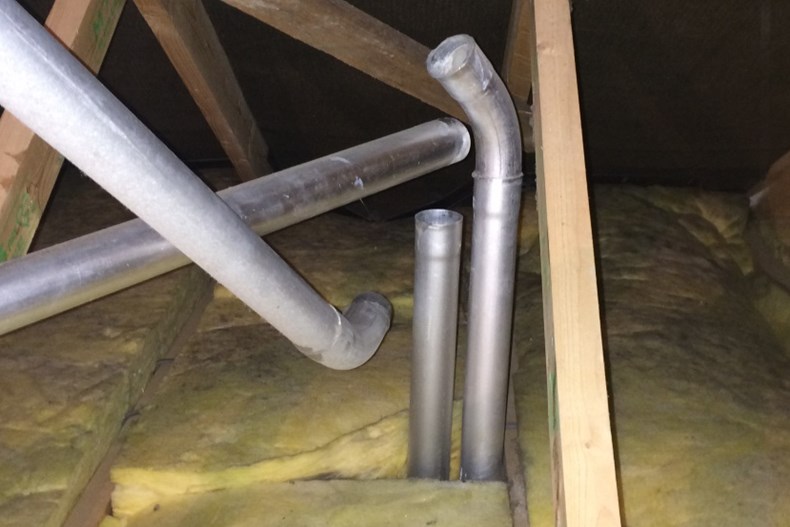 Gas Safety Week, which this year runs from 15-21 September, is a national safety campaign to raise awareness of gas safety in the UK's 23 million gas fuelled homes.

As safety is our number one priority at SSE we asked members of our Home Services team to reflect on examples of potentially harmful incidents from 2014.

Andrew Jenkins, an engineer from our Home Services team, was called out to inspect a boiler in the Swansea area in August.

The boiler was stored in the customer’s airing cupboard situated on the landing. When Andrew checked it over he noticed the whole flue had fallen due to a damaged support/bracket. If the boiler had continued to run then the loft space would have become full of Carbon Monoxide fumes.

It turns out the customer had been in the loft space a few days prior to Andrew’s visit and moved some items around, at which time they accidentally disturbed the flue.

Andrew reflects on the incident for Gas Safety Week:

“Luckily, the incident happened in August so the boiler was only working intermittently otherwise the fumes could have had a devastating impact. I isolated the boiler and ordered a replacement part but it just goes to show the littlest things can have a massive impact.

“My advice to anyone would be to have your home gas systems safety checked every year by a Gas Safe registered engineer. It’s also important to be careful when working in and around gas pipes. Lofts are generally cramped places and I understand moving items around is difficult but the example in Swansea shows what can happen if you’re not careful.”

As an energy supplier, it’s important that we help highlight the dangers of Carbon Monoxide (CO) and give advice on how to spot signs of its presence and how to deal with a possible leak. Carbon monoxide is a deadly gas that cannot be seen, smelt or tasted. It can be produced by everyday household items and you would never even know it is there.

The only way to know for sure that you are safe from CO poisoning is by installing an audible CO alarm. They can be bought from DIY shops, supermarkets and high street shops.

All the information that you will need to stay safe can be found in this booklet which highlights the causes, symptoms and ways to keep safe. It has been provided by the CO-Be Alarmed Campaign which is run by Energy UK on behalf of energy companies including SSE and aims to raise awareness of the dangers of Carbon Monoxide. In addition you can visit www.gassafetyweek.co.uk